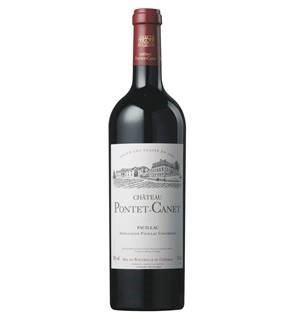 In 1705, Jean-François de Pontet purchased a few acres of land to the north of the village of Pauillac, which he turned into a vineyard. A few years later, he added several parcels in a place called Canet. As was the custom at the time, he added his own name to that of his land in order to give his estate a recognisable identity. A century later, Château Pontet-Canet was flourishing and became one of the select few to join the famous 1855 classification, which had been ordered by Napoleon III.

In 1865, the estate changed hands for the first time and became the property of a wine merchant, Herman Cruse. The Cruse family kept the estate for 110 years, until 1975, when it was acquired by Guy Tesseron, a cognac merchant. Over the course of three centuries, Château Pontet-Canet has known only three owners, three families... A rarity indeed in the Médoc.

In 2004, the year of the first biodynamic trial which took place on 14 hectares, the wines were radiant, tighter and brighter. Alfred urged Jean-Michel to go further. The estate was fully converted to biodynamic agriculture. This decision became a commitment and a challenge, but also a first for a Médoc Classified Growth.

Since then, with each vintage comes new knowledge, furthering the understanding of the terroir in a profound way. The vine’s resistance to disease is better known today, the understanding of how different parcels behave has improved, always in keeping with biodynamic principles. It requires sincerity, pragmatism and transparency: in a nutshell, absolute dedication.