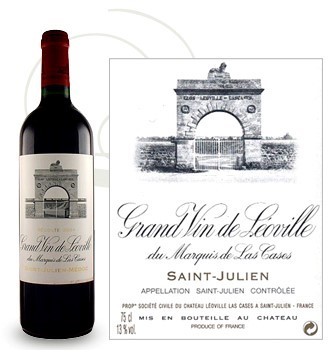 One of the oldest Medoc estates, Domaine de Léoville belonged to some of the wealthiest and most influential noble French families before it was acquired by the Las Cases family. The estate was split up between 1826 and 1840 as a result of the French Revolution. (Expropriation of emigrants’ property and constitution of egalitarian redistribution). Château Léoville Las Cases was created, thanks to a kind of birthright, from 3/5 of the original estate and the heart of the domain.

Château Léoville-Las Cases is widely considered to be one of the best of the second growths, a “Super Second” as it has sometimes been called. The Château consistently produces great wines year on year and are always memorable to those lucky enough to try them. The 2020 is no exception to this with some fantastic scores. The Petit Lion has also turned out to be one of the best second wines of this year’s releases.