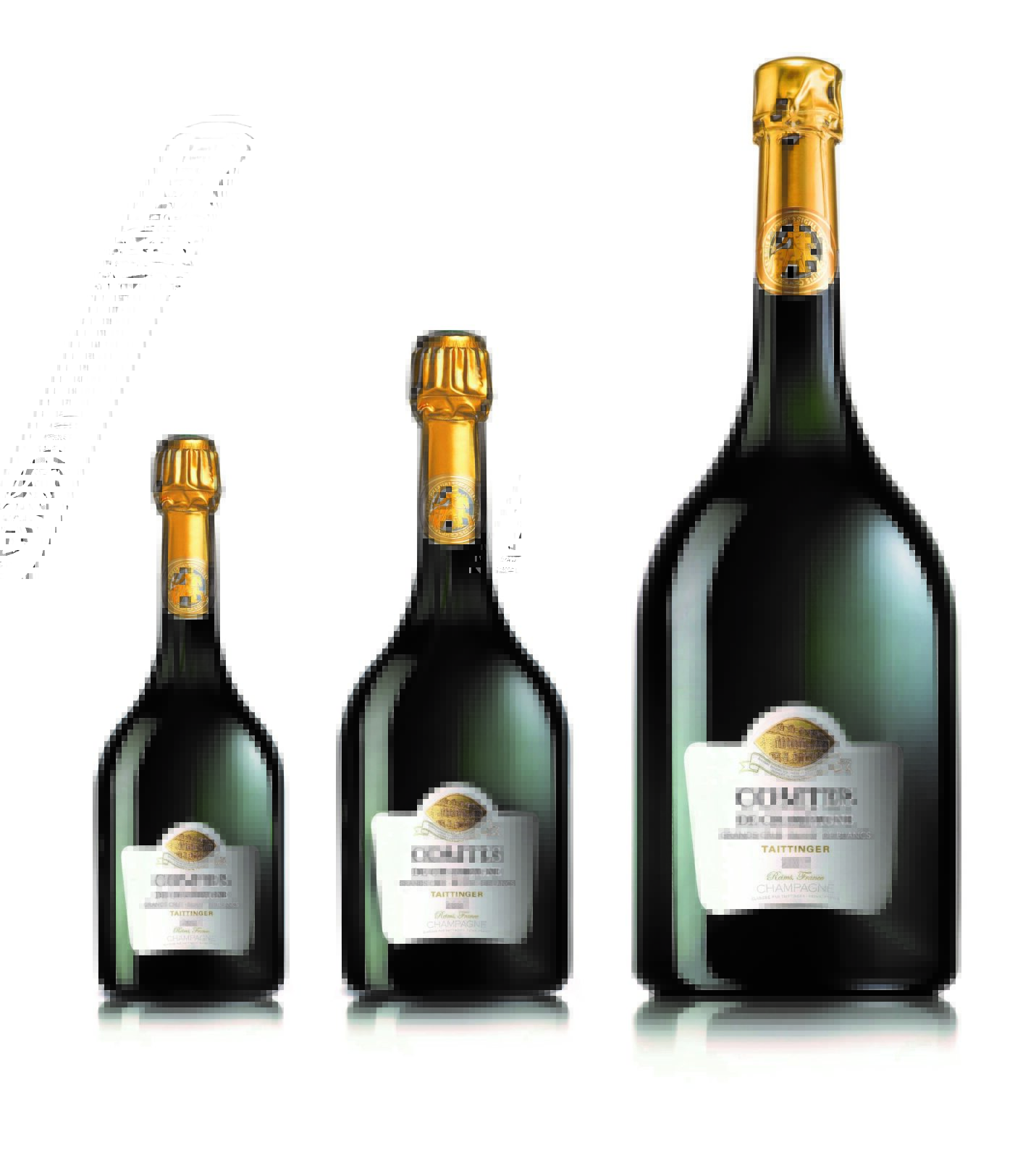 Champagne is a French sparkling wine. The term Champagne comes from its region where it is produced in “Champagne”. It is illegal to label any product Champagne unless it came from the Champagne wine region of France and is produced under the rules of the appellation. This alcoholic drink is produced from specific types of grapes grown in the Champagne region following rules that demand, among other things, specific vineyard practices, sourcing of grapes exclusively from designated places within the Champagne region, specific grape-pressing methods and secondary fermentation of the wine in the bottle to cause carbonation.

Vineyards in the Champagne region of France

The grapes Pinot noir, Pinot meunier, and Chardonnay are primarily used to produce almost all Champagne, but small amounts of Pinot blanc, Pinot gris, Arbane, and Petit Meslier are vinified as well. Only these specific grapes grown according to appellation rules on designated plots of land within the appellation may be used to make Champagne.

Champagne became associated with royalty in the 17th, 18th, and 19th centuries. The leading manufacturers made efforts to associate their Champagnes with nobility and royalty through advertising and packaging, which led to its popularity among the emerging middle class.

Still wines from the Champagne region were known before medieval times. The Romans were the first to plant vineyards in this area of north-east France, with the region being tentatively cultivated by the 5th century. In fact, cultivation was initially slow due to the unpopular edict by Emperor Domitian that all colonial vines must be uprooted. When Emperor Probus, the son of a gardener, rescinded the edict, a temple to Bacchus was erected, and the region started to produce a light, fruity, red wine that contrasted with heavier Italian brews often fortified with resin and herbs.[3] Later, churches owned vineyards and monks produced wine for use in the sacrament of Eucharist. French kings were traditionally anointed in Reims, and champagne was served as part of coronation festivities. The Champenois were envious of the reputation of the wines made by their Burgundian neighbours to the south and sought to produce wines of equal acclaim. However, the northerly climate of the region gave the Champenois a unique set of challenges in making red wine. At the far extremes of sustainable viticulture, the grapes would struggle to ripen fully and often would have bracing levels of acidity and low sugar levels. The wines would be lighter bodied and thinner than the Burgundy wines they were seeking to outdo.

Contrary to legend and popular belief, Dom Pérignon did not invent sparkling wine, though he did make important contributions to the production and quality of both still and sparkling Champagne wines. The oldest recorded sparkling wine is Blanquette de Limoux, which was apparently invented by Benedictine monks in the Abbey of Saint-Hilaire, near Carcassonne in 1531. They achieved this by bottling the wine before the initial fermentation had ended. Over a century later, the English scientist and physician Christopher Merret documented the addition of sugar to a finished wine to create a second fermentation, six years before Dom Pérignon set foot in the Abbey of Hautvillers. Merret presented a paper at the Royal Society, in which he detailed what is now called méthode traditionnelle, in 1662. Merret's discoveries coincided also with English glass-makers' technical developments that allowed bottles to be produced that could withstand the required internal pressures during secondary fermentation. French glass-makers at this time could not produce bottles of the required quality or strength. As early as 1663 the poet Samuel Butler referred to "brisk champagne".

In France the first sparkling champagne was created accidentally; the pressure in the bottle led it to be called "the devil's wine" (le vin du diable), as bottles exploded or corks popped. At the time, bubbles were considered a fault. In 1844 Adolphe Jaquesson invented the muselet to prevent the corks from blowing out. Initial versions were difficult to apply and inconvenient to remove. Even when it was deliberately produced as a sparkling wine, champagne was for a very long time made by the méthode rurale, where the wine was bottled before the initial fermentation had finished. Champagne did not use the méthode champenoise until the 19th century, about 200 years after Merret documented the process. The 19th century saw an exponential growth in champagne production, going from a regional production of 300,000 bottles a year in 1800 to 20 million bottles in 1850.  In 2007, champagne sales hit an all-time record of 338.7 million bottles.

In the 19th century champagne was noticeably sweeter than the champagnes of today. The trend towards drier champagne began when Perrier-Jouët decided not to sweeten his 1846 vintage before exporting it to London. The designation Brut Champagne was created for the British in 1876.