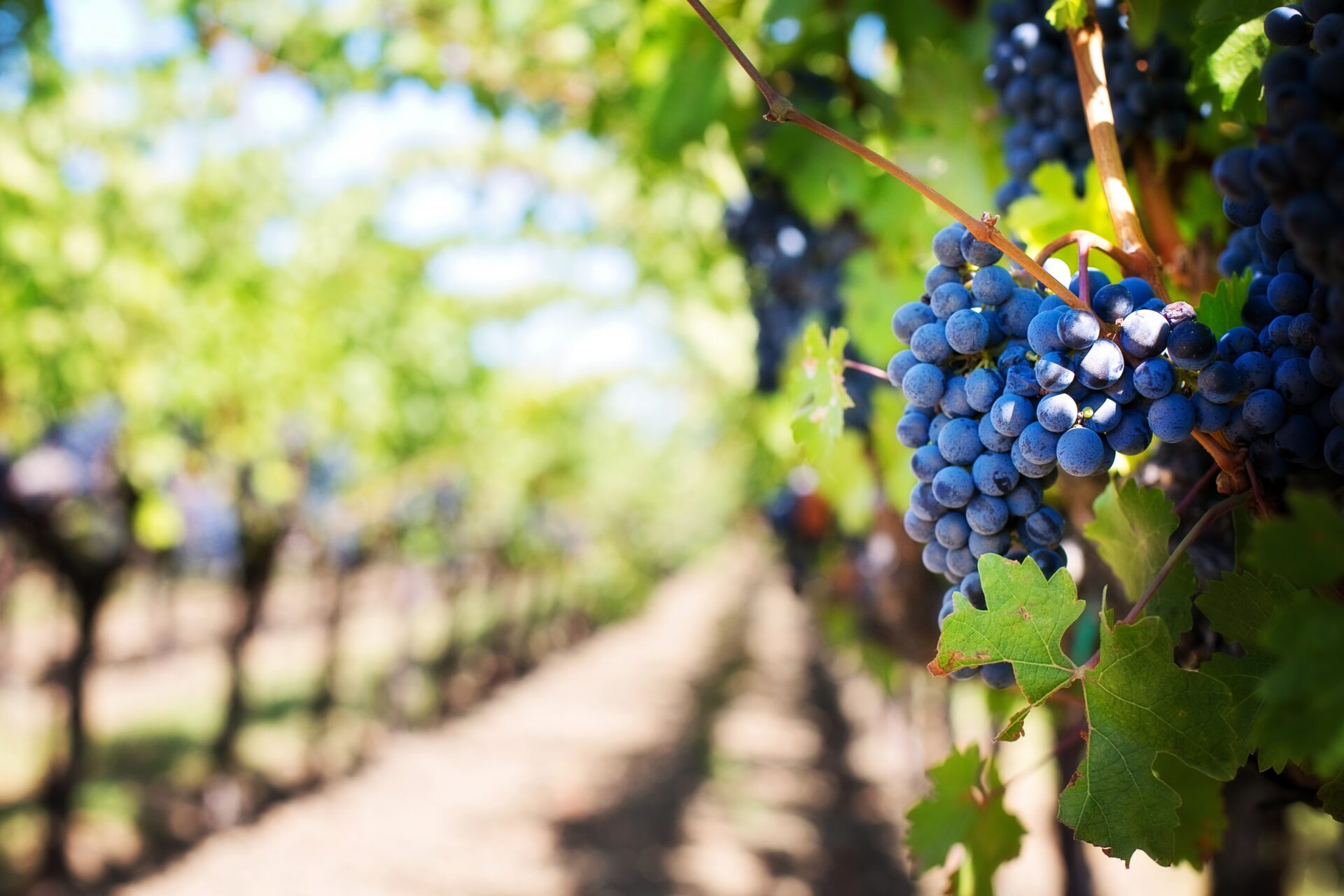 Piemonte wine is the range of Italian wines made in the region of Piedmont in the North-western corner of Italy. The best known wines from the region include Barolo and Barbaresco. They are made from the Nebbiolo grape. These wines are ideal for storage and a well-aged Barolo for instance may leave a feeling of drinking velvet because the tannins are polished and integrated more and more into the wine. As the wine matures the colour becomes more brownish and rust-red.

Other popular grapes used for red wine production are Barbera and Dolcetto. Wine made with the Barbera grape is often fruity, with high acidity. It can be delicate with less tannin than wine made from the Nebbiolo grape. Dolcetto on the other side, is not, as the name indicates, sweet. Dolcetto means "little sweet one". (dolce is Italian for sweet). The grape gives fresh and dry red wines with some tannin. The wines made with the Dolcetto grape are typically consumed relatively young.

The sparkling wine Asti spumante is made from the Moscato grape. The majority of the area's winemaking take places in the provinces of Cuneo, Asti and Alessandria. The Brachetto is another variety used for making sweet and sparkling red wines.

While Turin is the capital of the Piedmont, Alba and Asti are at the heart of the region's wine industry. The winemaking industry of the Piedmont played a significant role in the early stages of the Risorgimento with some of the era's most prominent figures – such as Camillo Benso, conte di Cavour and Giuseppe Garibaldi – owning vineyards in Piedmont region and making significant contributions to the development of Piedmontese wines. The excessively high tariffs imposed by the Austrian Empire on the export of Piedmontese wines to Austrian controlled areas of northern Italy was one of the underlying sparks to the revolutions of 1848–1849.

As in most of Italy, native vines are abundant in the land that the Ancient Greeks called Oenotrua (meaning "land of vines") and was subsequently cultivated by the Romans. With its close proximity, France has been a significant viticultural influence on the region, particularly Burgundy, which is evident today in the varietal styles of most Piedmontese wines with very little blending. One of the earliest mention of Piedmontese wines occurred in the 14th century when the Italian agricultural writer Pietro de Crescentius wrote his Liber Ruralium Commodorum. He noted the efforts of the Piedmontese to make "Greek style" sweet wines by twisting the stems of the grapes clusters and letting them hang longer on the vine to dry out. He also noted the changes with trellising in the region with more vines being staked close to the grounds rather than cultivated high among trees in the manner more common to Italian viticulture at the time. In the 17th century, the court jeweller of Charles Emmanuel I, Duke of Savoy earned broad renown for his pale red Chiaretto made entirely from the Nebbiolo grape.

During the Risorgimento (Italian unification) of the 19th century, many Piemontese winemakers and land owners played a pivotal role. The famous Italian patriot Giuseppe Garibaldi was a winemaker who in the 1850s introduced the use of the Bordeaux mixture to control the spread of oidium that was starting to ravage the area's vineyards. Camillo Benso, conte di Cavour was a wealthy vineyard owner who went abroad to study advance viticulture prior to founding the political newspaper Il Risorgimento. He was highly influential in the adoption of many French viticultural techniques among the Piemontese vineyards. One of the early sparks of the Italian revolts against Austria was the act of the Austrian government to double the tariffs of Piemontese wines into the Austrian control lands of Lombardy, Emilia and the Veneto. This had a crippling effect on the Piemontese wine industry, essentially cutting them off from their main export market. In 1846, King Charles Albert of Sardinia spoke to the Piedmontese winegrowers at the meeting of the Agricultural Congress at Casale Monferrato where he assailed the Austrian oppression. By 1848, Piedmont was at war with Austria in one of the early events that eventually led to the unification of the Italian peninsula under the rule of Charles Albert's son Victor Emmanuel.

Barbera is the most widely planted grape in the region, but Nebbiolo and Dolcetto account for a significant portion of the area's red wine production as well. With white wines, Moscato is the most prominent with its sparkling and frizzante style wines. Other notable white wines include styles made from the Cortese grape in Gavi as well as blends of Cortese with Arneis and Favorita from Colli Tortonesi and Alto Monferrato. Since the 1980s there has been growing numbers of experimental plantings with the international varieties of Cabernet Sauvignon, Chardonnay, Merlot, Pinot noir, Sauvignon blanc and Syrah. Other local or indigenous grapes include Baratuciat, Bonarda, Croatina, Erbaluce, Freisa, Gamba di Pernice, Grignolino, Grisa nera, Malvasia nera, Pelaverga, Plassa, Rossese bianco, Timorasso, Uvalino, Uva Rara and Vespolina.

The Piedmont produces more DOCG wines by volume than any other Italian wine region with nearly 84% of all the areas wine production falling under a DOCG designation. The area has no Indicazione Geografica Tipica (IGT) classification, in contrast to Tuscany where IGT wines or Super Tuscans make up a significant portion of that region's wine production.

Some varietal style wines are made in the Piedmont region with the name of the grape and town both appearing on the label. Some DOC examples include Barbera d'Alba, Barbera d'Asti, and Dolcetto di Dogliani made entirely from the Barbera and Dolcetto grape respectively.