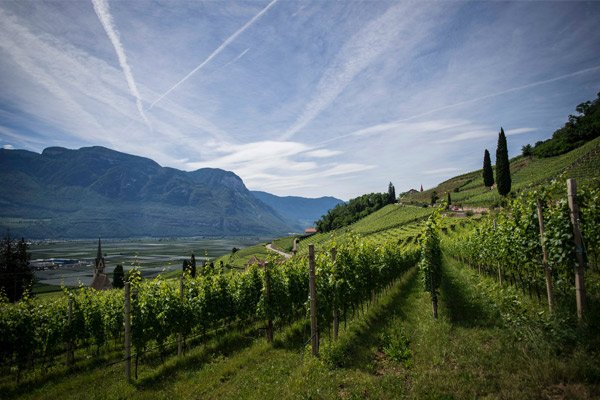 The Rhône is generally divided into two sub-regions with distinct vinicultural traditions, the Northern Rhône (referred to in French as Rhône septentrional) and the Southern Rhône (in French Rhône méridional). The northern sub-region produces red wines from the Syrah grape, sometimes blended with up to 20% of white wine grapes, and white wines from Marsanne, Roussanne and Viognier grapes. The southern sub-region produces an array of red, white and rosé wines, often blends of several grapes such as in Châteauneuf-du-Pape.

The first cultivated vines in the region were probably planted around 600 BC. The origins of the two most important grape varieties in the northern Rhone (Syrah and Viognier) have in the past been subject to speculation. Some suggested that the Greeks were responsible for bringing the Syrah grape from the Persian city of Shiraz. Others that the grape came 50 years later when Greeks fled from the Persian king Cyrus I. Yet others suggested the grape came from the Sicilian city of Syracuse, whence circa 280 AD the Romans brought it and the Viognier grape. However, extensive DNA typing and viticultural research has established beyond doubt that Syrah originated in the Rhône region itself.

When the Romans left the area interest in the wine of the region disappeared. Rhône reappeared in the 13th century when the Popes and their considerable purchasing power moved to Avignon, at which time the production of wine expanded greatly. The wines were traded to such a degree that the Duke of Burgundy banned import and export of non-Burgundian wines. In 1446 the city of Dijon forbade all wines from Lyon, Tournon and Vienne, arguing that they were "très petits et pauvres vins" – very small and miserable wines. The name Côtes du Rhône comes from public administration in the Middle Ages and was the name (Côte without 's') of a district in the Gard département. In 1650, to guard against forgeries a set of rules was passed in an attempt to guarantee the origin of the wine. In 1737 the King decreed that all casks destined for resale should be branded C.D.R. These were the wines from the area around Tavel, Roquemaure, Lirac and Chusclan on the western ('right') bank of the Rhône. Just over 100 years later, wines from the 'left' bank were included in the C.D.R. definition.

The various AOC wines of the Rhône Valley region are produced by over 6,000 wine growing properties including 1,837 private wineries and 103 cooperatives. Those vineyard owners which do not vinify their wines themselves deliver their grapes in bulk either to a winemaking cooperative, of which there are 103 in the region, or sell them to one of the 51 négociants (wine producers and merchants) who blend, distribute, and export on an industrial scale.

The entire Rhône region produces around 4 million hl of wine each year, of which over half is classified under the Côte du Rhône and Côte du Rhône-Villages appellations. The prestigious Northern Rhône appellations account for less than 5% of the total Rhône wine production.